This weekend I attended DML 2011, the second Digital Media and Learning conference, in Long Beach. Along with Megan Turner (who I had been looking foward to meeting after her blog about queer futurity and sonic resistance and who turns out to be even more fabulous than I had anticipated), I was part of HASTAC‘s social media team and recorded as much as I could in the panels I went to; you can see my and others’ blogs at the DML 2011 tag on HASTAC’s website. Or get a visual sense of what it was all about as far as I was concerned: 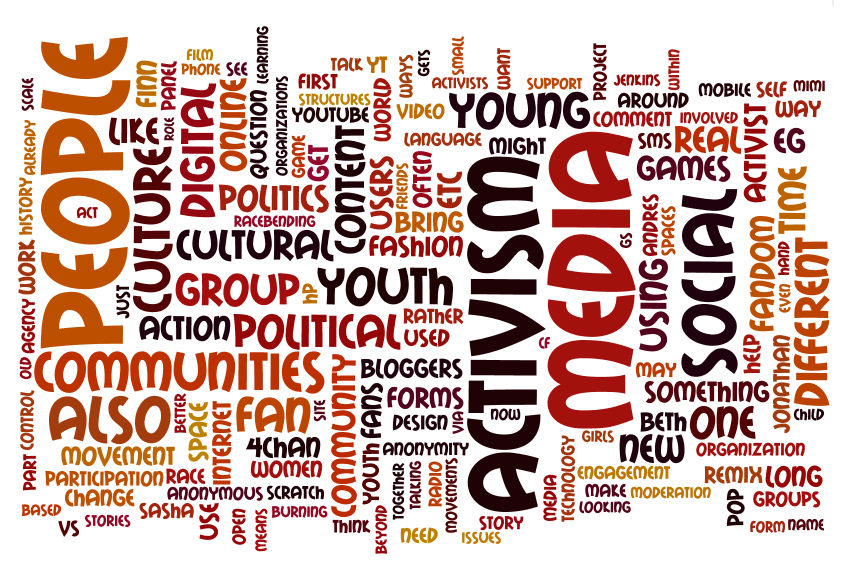 Not liveblogged was the hatching of the Queer DML movement, at an unpanel instigated by Jenna McWilliams. I’m looking forward to seeing where a sustained conversation about queering the paradigms of pedagogy, youth/adulthood, institutionality and other assumptions in the ways we often think about digital media might lead.

The highlight of my conference experience, however, might just have been at the panel where I blogged and tweeted least: the Mozilla Foundation’s Hacking as Learning workshop, where I used the brand-new Butter app (a graphic user interface for popcorn.js, for the geek-literate; and if you want to know what popcorn.js can do, check out this use of it by Jonathan McIntosh) to collaboratively make a “hypervideo” (video with embedded multimedia links) about Tesla coils with three other people. I’m not linking, because the kind of video you make on your laptop in 45 minutes with a barely functioning microphone isn’t worth much out of context, but it felt amazing to be actually engaged in the kind of participatory learning we spent the conference talking about. And the possibilities for making vids with embedded critical analysis and links has me itching to spend more time with Butter.