I just have to give a little shout out to Brian K. Vaughn and Lost for the scene which made me utter this post’s subject line in a tone of disbelief. And, most especially, for the fact that they did not leave the queerness of two men getting very familiar with one another in a hotel room in the realm of the subtextual: 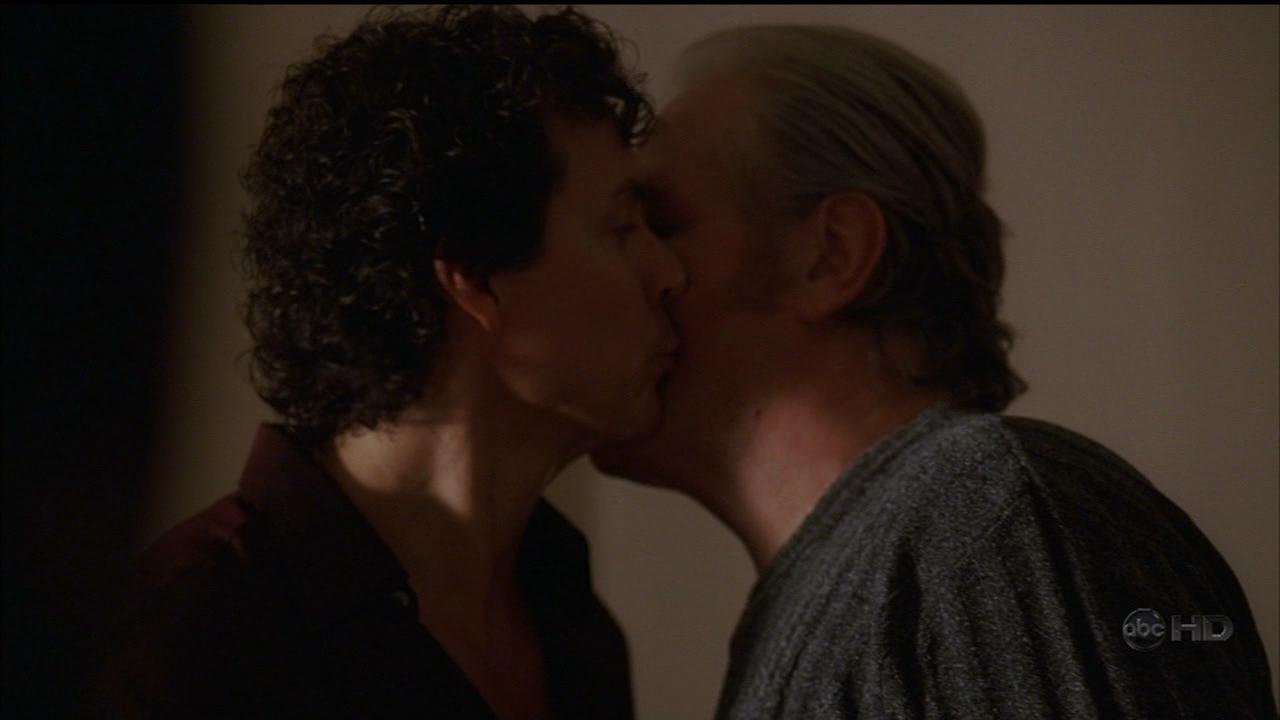 Minor character, gratuitously queer with no particular relevance to plot and no angst whatsoever. Imagine that! It’s almost like watching Doctor Who (Russell T Davies edition, the last season of which featured bisexual Shakespeare and two little old ladies married to one another, in addition to Captain Jack‘s equal opportunity lechery). Given that Vaughn, who wrote this episode, slipped a wee Doctor cameo into the Buffy Season 8 comic he wrote, I suspect I’m not the only one seeing the resemblance in strategies for queer representation.

There is, of course, a lengthy critique to be made about the kinds of meaning attached to queerness on TV (US TV in particular, though certainly not exclusively) that caused this blink-and-miss-it moment to make me jump up and down in my chair with glee quite so hard. But I just finished Battlestar Galactica S3 and I have a lengthy post about Starbuck brewing that will definitely be going there; I think I’ll save it for that.

*ETA: Sorry, I forgot to resize the image and now it will mess up your RSS reader, if mine is anything to judge by.*

5 thoughts on “"Wait… is this gay representation?"”